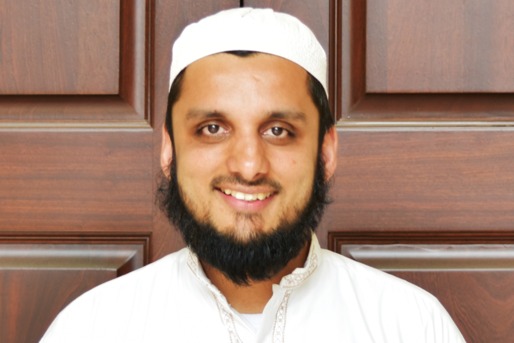 The Imam of ICNF

Born in the small village of Nartopa in Pakistan, Imam Asad completed high school and quran memorization at his local school and moved the United States in September 2002 where he worked in the private sector over the next 5 years. In June of 2007, Imam Asad joined the Islamic Center of North Fulton as a resident Imam and has since been leading salah, teaching quran and serving as an advisor to the community at large.

Since accepting the Imamat at ICNF, Imam Asad has been working to become more fluent in matters of deen. He sought an Ejjazza for Quranic memorization and recitation from the local renowned Quranic Scholar, Sheikh Munir Kashlan. He also completed a four-year program in the traditional Islamic sciences at darul uloom of Atlanta where he studied several texts in Clasical Arabic, General Fiqh, usool al Fiqh, Hadith, Tafsir, and Aqidah. His passion within Islamic Studies lies with Islamic Fiqh and Quranic Tafsir.

When asking about his favorite activity at ICNF, the Imam says “of course Salah (the five daily prayers)”. Salah is a spiritual uplifting ritual embedded in our religion: the bond of brother and sisterhood is strengthened and the Iman is reignited. He loves when the masjid is full of the vibrancy of community. He hopes to bring more families to the masjid, to increase the sense of Islamic community here in North Fulton.

Imam Asad is a resident Imam living with his wife and two children, he is an avid cricket fan and spends his free time playing cricket for the ICNF Positrons Team. He is an amateur nasheed, naat, and hamd artist. So, the next time you see him, be sure to ask him to recite a few of his favorite verses. Imam Asad is a uniquely, personable Imam that knows when and how to take things seriously. Yet you will never see him pass a group without also passing on smiles and salams. He embodies what it is to lead a community with both humility and humbleness. Such humility vocalized every day in his adept yet beautiful recitation of the Holy Quran.

On the authority of Abi Amr – and it also said Abi Amrah – Sufyan ibn Abdillah (may Allah be pleased with him) who said: “I said, “O Messenger of Allah, tell me a statement about Islam such that I will not have to ask anyone other than you”. He answered, “Say, I believe in Allah and then stand firm and steadfast to that”. (Muslim)